A while back I wanted something that made a noise to notify me of an event. The original plan was to replicate Andy Rubin’s gong doorbell. The large gong and mallet was a little bit out of my price range but a good idea is a good idea. I ordered one from Amazon and combined with a servo and a Arduino Nano clone I set about the same idea. 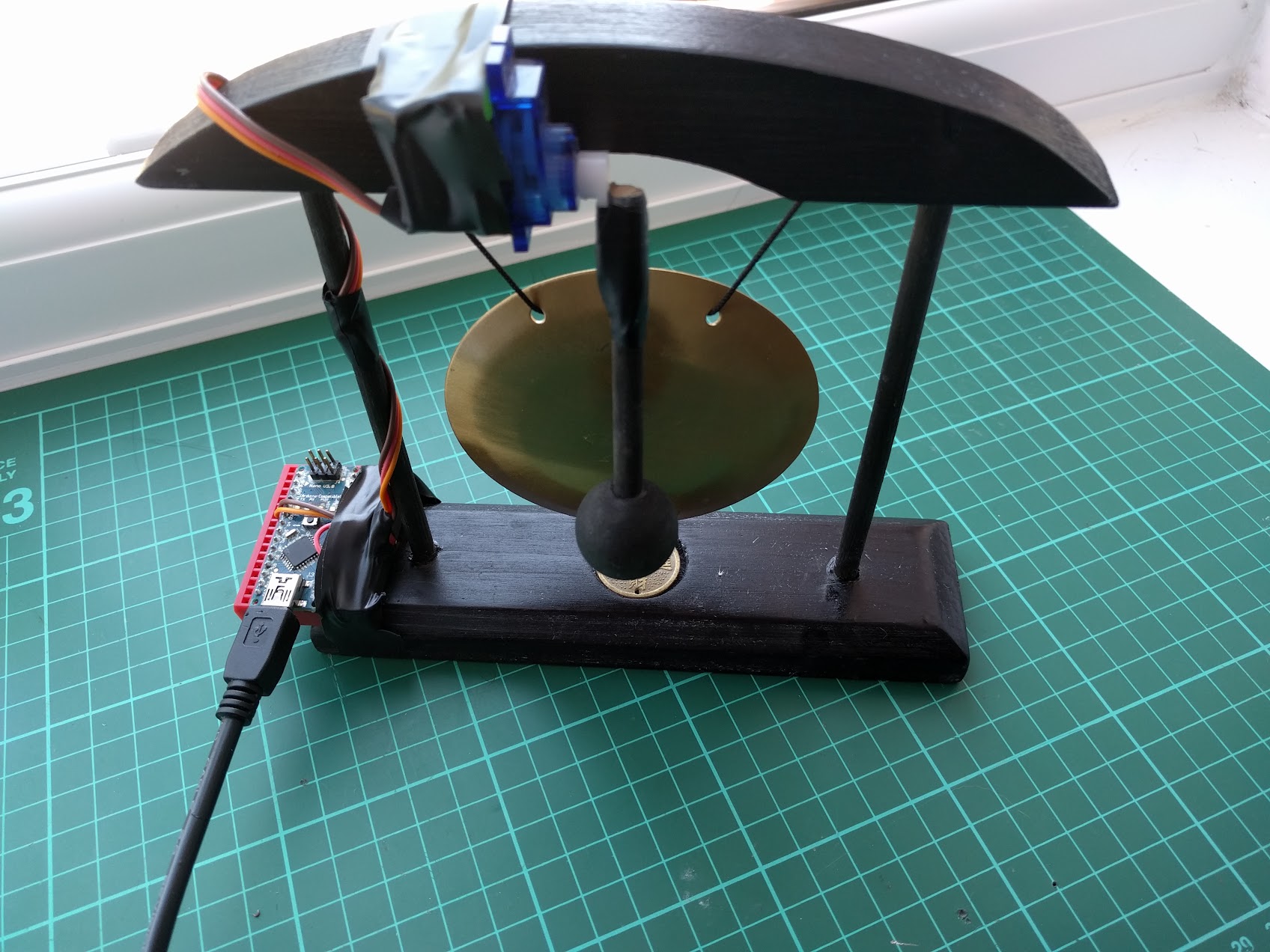 With a little bit of tape it was finished. The design is basic but functional. The beater is attached to a 9g servo which acts as the human arm. An Arduino Nano clone is used to to move the servo.

Communication to the gong is done over serial. Sending “gong\n” over serial, triggers the beater/mallet to strike the gong and then move out the way to avoid a second gong strike. The code for the Arduino is below:

For a mini project this is perfect for getting servos and Arduinos to work together. Mine is currently connected to my Google calendar to alert me five minutes before a meeting.

The door bell will have to wait.